Red Skelton: Talking about the Dalton Girls, and bandits and stuff, you know that one of the biggest crimes now, number one on the plate, is counterfeiting.

One guy sold a bill for forty cents, and the government is mad at him because he got more for his than they’re getting for theirs! 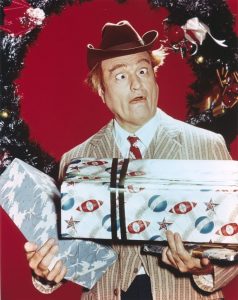